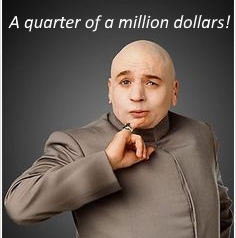 Attached is the list of condo projects Supreme has deemed “approved”.  Some you will notice are in yellow, others are in a mauve type color.

*Also included on this list are expired approvals, which means chances are we can lend in the expired developments, we just need to update some information.

The Dow Jones closed Friday up nearly 90 points primarily fueled by bank stock rallies.  The markets appeared to be unaffected by the testimony of Ex FBI chief James Comey.  The Nasdaq on the other hand, which is heavily concentrated with technology stocks, dropped 113 pts and had its worst week in 2017.

GLVAR reported that 3517 single family homes were sold for the month of May, up nearly 23% from April of this year and up nearly 30% from May of last year.  Not surprising considering April was down from April of last year.  The median sales price reached $250,000 (this does not include condos and town homes), which is up over 9% from May 2016.  Healthy annual appreciation rates are generally speaking reached at 2-3% in a year, so certainly the limited inventory is having an impact on prices and there is no relief in sight.  A reported 4,972 single family homes were on the market without offers, down nearly 35% from the same month last year.

Have a great week!!