Raising the Standard Deduction, What does it Mean? 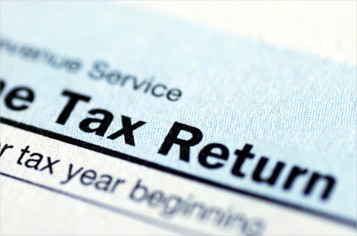 Please join us on December 1st for a lunch and learn regarding condo financing.  Getting condo projects approved has been a humbling process because I am finding out that even I have a lot to learn regarding this topic.  Example, I recently learned that even if the condo development has more owners that live off site, we can STILL lend up to 97% for perspective home buyers that want to buy as a primary residence or we can lend up to 90% for those looking to use the condo as a vacation home.  So, if your client has recently been declined for financing because too many home owners don’t live in the development…call me…AND attend the lunch and learn on December 1st , we will cover all things condo financing related.

All 3 Stock Indices finished flat Friday on fears that a robust tax bill may not pass any time in the near future.  All 3 since the election are up over 25%.  The Dow closed at 23,422 (up from around 18,000), S & P closing at 2,582 (up from around 2,100) and the Nasdaq closing at 6,750 up from 5,100.  Also during the past year, mortgage rates have increased roughly .6%.  I had recently been informed from a high level capital markets exec that the 10 year US treasury is a better instrument to gauge the ebbs and flows of mortgage interest rates so we will start to focus on this instrument as opposed to the Fannie Mae 3.5 coupon.  It’s easier too as this graph tracks the yield, unlike the Fannie Mae 3.5 instrument which illustrated the price of the instrument.  So as the yield goes up, so does the typical mortgage rate offered to the consumer.

Ever hear about this amazing magical accountant that gets you way more money back…but also charges quite a bit more than the accountants you are used to working with?  The most intriguing component of the proposed tax bill to me is the doubling of standard deductions and for all practical purposes, the demise of the amazing magical accountant…Doubling the standard deduction would eliminate any need for 2106 business related expenses for 99.9 percent of all tax payers.  2106 expenses are expenses people write off against the income they earned throughout the year.  Example, casino employee has to pay for their own uniform etc.  Often though these are highly exaggerated at the advice of the ”amazing magical”  accountant  looking to collect a higher fee for filing the “more complex” return.  These highly exaggerated 2106 expenses wouldn’t hold up in the event of an audit unless you have receipts and they are justified of course…and the tax payer would be penalized while the accountant is allowed to plead ignorance…after all, the tax payer signed the return, the accountant simply filed it for him/her based on what the accountant was being told.  Weird though, this amazing accountant charges $2,000 where the tax payer could have just filed turbo tax for $50.

Doubling the standard deduction would essentially net the tax payer that used to exaggerate their business related expenses the same refund without having to expose themselves to a potential audit and penalties.  How many were actually getting audited anyway really though.  So at least then we don’t have tax payers not paying their share while others play by the rules.

Selfishly, more people would qualify for a home loan.  Often 2106 expenses has to be counted against their income and often result in the home buyer from qualifying for a home loan.  If I had to guess, this is probably the most common reason someone who gets “pre-approved”, can’t secure the financing after going under contract…Often these expenses aren’t identified until the underwriter reviews the file.

In short, doubling the standard deductions eliminates cheaters, probably allows the US Government to function with a fraction of the IRS agents, reduces the need for accountants that prey on naïve tax payers, tax payers can sleep better at night and not have to look over their shoulder, and lastly, we in real estate won’t have to worry about 2106 expenses blowing up the borrowers financing.