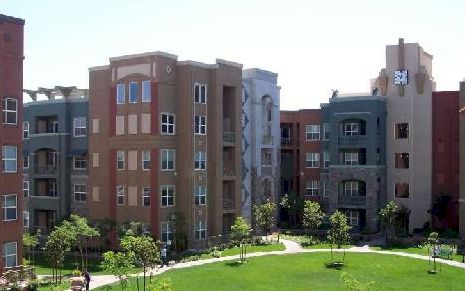 Trending…Condos…With values climbing, it is a critical component to the path of home ownership for first time home buyers.   So why is it so hard to get financing??

What does “Warrantable” mean?  It means Fannie Mae is comfortable with the condo development and will buy loans from mortgage companies in “warrantable” projects…In short, Fannie Mae has given its stamp of approval.  All lenders big and small, from mega banks (BofA, Wells Fargo Chase etc) to small boutique lenders sell their loans to the agencies…Mega banks still retain the servicing, but the loans become the ownership of either a Fannie Mae, Freddie Mac or Ginnie Mae pool.  That is how the mortgage company generates its revenue, on the sale of the loan.  If the loan doesn’t get bought into one of the above mentioned pools, the mortgage company could lose as much as 20 cents on the dollar in the “scratch and dent” market.  On a $200,000 loan, a mortgage company could go from profiting $6,000 (if the loan is sold into an agency pool) or lose $40,000 if it isn’t…All lenders need to make sure the loan will be bought into one of those pools.  That is why regardless of how strong the buyer is, when it comes to condos, the condo development must be deemed “Warrantable”…

Condo financing is really loosening up with Supreme Lending.  Here is a list of developments that we have approved for conventional financing.  We are approving loans in many developments that other lenders are turning down.  “Dude, that makes zero sense…how you are lending in developments where other lenders aren’t, I thought you said the development had to be “warrantable”…Are you high?”…Because each company has the ability to make the decision on their own if they feel the development meets Fannie guidelines.  We are interpreting that Fannie will agree that the condo development meets their standards…Other companies are playing it safe and not taking the chance.

The stock market finally took a breather, down nearly 500 points from my last market in review.  Most of the losses took place this past Tuesday March 21st, as investors that have been bullish on Trump’s proposed economic platform grew fearful that he may not be able implement his proposals with the potential headwinds from his democratic counter parts and that the replacement of the Affordable Health Care Act would detract the Trump Administration from pushing forward with its economic plans.  The GOP proposal as we all know by now never made it to a vote.  Trump quickly announced that he is moving on…It will be interesting to see how the markets respond…on the one hand the repeal of AHCA is no longer a distraction, on the other hand, it is a signal that Trump Administration may face strong headwinds on implementing his economic game plan.

February sales data shows that the median sales price of single family residences increased to $240,000, up almost one percent from January and up nearly 9% from February 2016.  A total of 2249 homes were sold last month, up nearly 5% from January (which is a pretty normal seasonal adjustment) and up 6.5% from February of 2016.

The path is cleared for the Raiders to move to Las Vegas!!  Roger Goodell wrote a letter to the mayor of Oakland stating that the latest last ditch effort to keep the Raiders in Oakland was not impactful enough.  The last hurdle is getting 75% of the owners to vote (24 of 32) to allow for the move…Someone tell me what owner wouldn’t want to travel to Vegas for a game??  Imagine the Super Bowl in Las Vegas??  In my opinion there is no better fit than the Raiders and Las Vegas.  The vote is most likely to take place this week at the owner’s meetings in Pheonix.

I am looking for ambitious loan officers who want to grow their business!

I am offering an equitable and competitive comp plan that will enable them the ability to offer aggressive pricing and provide outstanding customer service to their clients. The selected candidates will be given an office in a prime location in Summerlin.  They will receive access to a team of two loan officer assistants, provided with a marketing platform designed to expand their business, and most importantly guidance from one of the top producing loan officers in the country.  If you know of anyone please direct them to maltesemg.com/careers to apply.