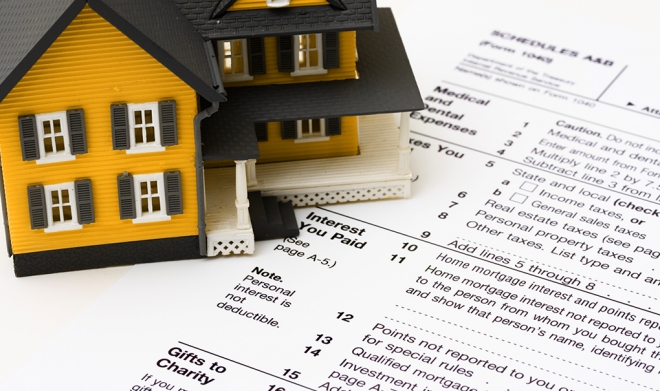 With April in the books, Maltese Group closed 57 loans year to date with average application to final approval turn times of 21.8 days.

Trending…What’s in Trump’s Tax proposal, if it passes, how does it affect housing?

Take a typical family that earns say $80,000 per year.  Let’s say they have a $250,000 mortgage at a rate of 4.5%.  The mortgage interest that could be written off would be around $11,000 for the year.  Couple this with several other tax deductions and a typical married couple may have a total of say $20,000 to write off.  With standard deduction only at $12,600, it would make sense for this couple to itemize.  The mortgage also makes the tax refund greater because it takes the couple well above the standard deduction.  The mortgage interest has real value in getting a bigger tax refund.  With me so far?

If however the standard deduction was increased to $30,000, this couple shouldn’t even bother with itemizing…The standard deduction is greater and they don’t need to sift through shoe boxes of receipts.  Taking it a step further for a couple deciding to purchase a home as opposed to buying home, the mortgage interest carrot can really no longer be dangled.  This sounds awful for housing right?

Yes…there is a bright bold silver lining though.  As a loan officer I can’t tell you how many times I have seen tax returns where the buyer writes off a tremendous amount of “2106 expenses” all in an effort to get a bigger tax refund…only to find out that it prevented them from qualifying for a home loan because the income calculation formulas usually require this count against the buyer’s income.  Raising the standard deduction from $12,600 to $30,000 should completely eliminate virtually every perspective home buyer earning $150,000 per year or less from itemizing…and from that filing 2106 expenses that go against them in qualifying for a home loan.

To summarize, an increase to $30,000 may not hurt housing much or very possible end up as a net neutral.  It would most certainly hurt mortgage refinances though.  Side note I would think it would drastically decrease tax fraud (particularly people claiming 2106 business expenses that they have no business writing off).

The Dow Jones ended Friday up 55 pts, closing at just over 21,000.  Both Nasdaq and S and P closed at all times high as well, thanks in part to a strong jobs report which indicated that the US economy added 211,000 jobs for the month of April.  The unemployment rate dipped to 4.4%, the lowest since 2007.  The report was better than expected which is why stocks reacted positively to the data.  The report also all but cements that the Fed will raise rates in June.

Bonds lost ground which is typical when stocks rally.   The Fannie Mae 3.5 coupon lost about 25 basis points in the last 48 hours of trading.  Translated into what this means for the home buyer…on a $200,000 loan, a rate of say 4.375% that had a cost of zero points on Wednesday…by end of day Friday would cost $500.  Below is a graph of the instrument going back the last 12 months.  Generally speaking mortgage rates are about ½% higher than this time 1 year ago.  In June of last year rates dropped by nearly ½% in large part due to “Brexit” (UK’s decision to break away from the European Union).

Home builders are reaping the benefits of a supply shortage in Southern Nevada, according to recent sales data builders sold 831 new homes in March bringing the sales for Q1 up to over 2,000, up nearly 35% from the same quarter last year.  The median priced new home was nearly $330,000, up 5.5% from March 2016 and only 2.5% off from the peak prices reached in 2007.  Permits were up as well, the highest since 2007.