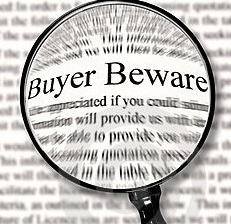 We are seeing some of the bigger banks and online institutions go on sale and offer heavily discounted rates to customers as of late.  This is actually typical when rates go up.  The companies that have a high concentration of refinance business look to capture as much volume as they can and are desperate to get it because a large percentage of their business (refinances) is down significantly.  The discount lures the buyer in.  The problem is they aren’t really wired to handle purchase business all that well, so it can result in a declined loan at an inopportune time.  I have personally received 4 loan files in just the past 4 days for clients that have been left at the altar by their discount lender.  We can help.  Don’t let your client get discouraged by being declined by a brand name or online lender.

The Dow Jones didn’t just breach the historic 20,000 point bench mark, it blew right by it without slowing down to say hello.  The Dow closed Friday at 20,624, up nearly 3,000 points from November 1, representing a 17% increase in just 3.5 months.  Cheers to opening your next 401K statement!

The median priced single family residence home in 2000 was around $142,000.  Generally speaking, 2000, would be considered a normal, healthy housing market…before housing shot to the moon and back.  If you compare the current median priced home from then to now, it is up 67% over 16 years, which is roughly 4% per year.  Considering the population growth of Southern Nevada I would consider the current state of home prices to be about right.